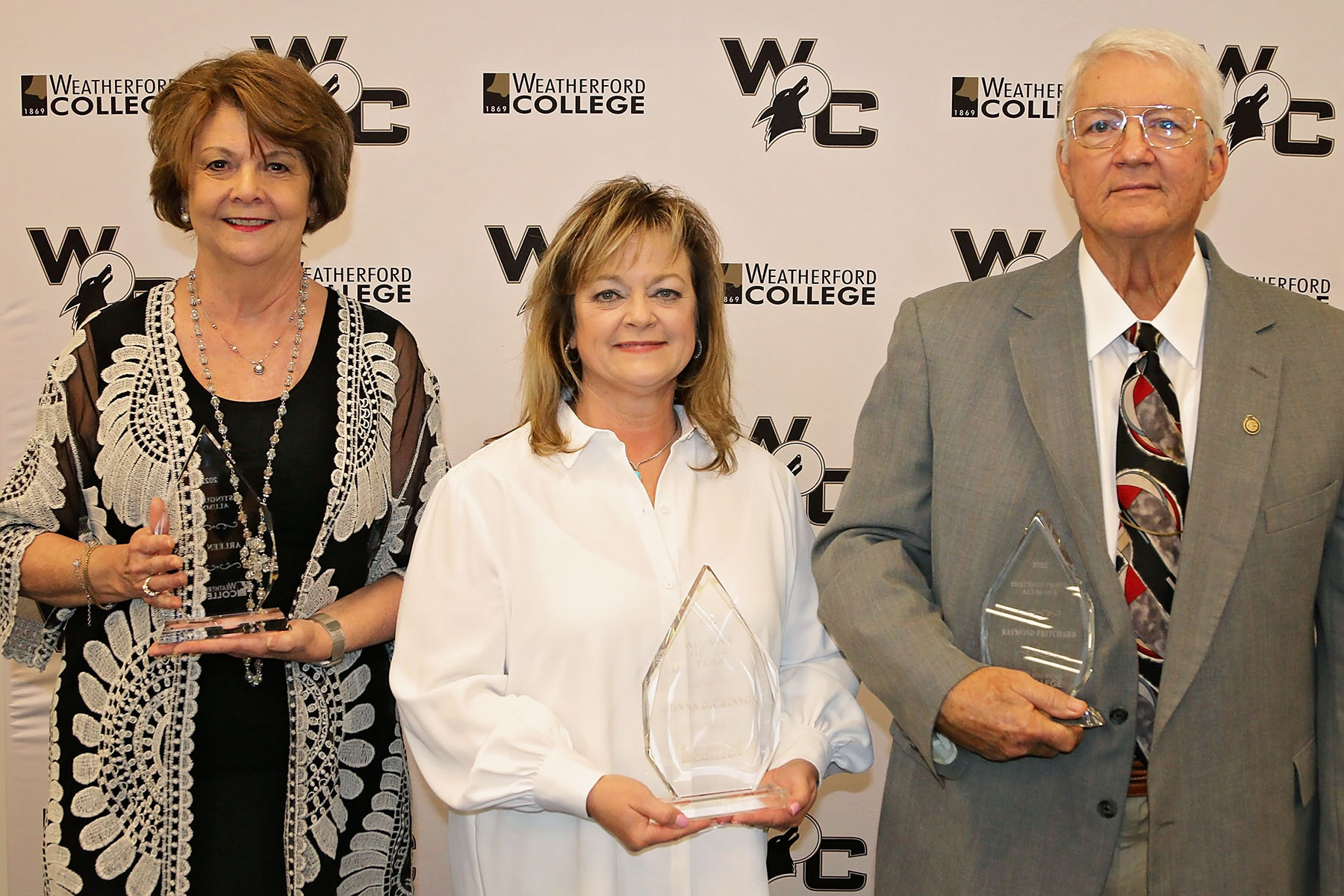 Dickinson is a 1980 graduate of Weatherford High School and attended WC for three semesters before beginning her now 39-year career at the Jerry Durant Auto Group. She has served in several leadership roles including general manager and is now the "right hand" for Jerry and Vickie Durant as their community liaison.

She was introduced at the luncheon by Tammy Gazzola, Weatherford Chamber of Commerce President.

"There are some people that make this world a better place, and this year's alumna of the year is one of those people," Gazzola said. "Donna Dickinson is a pillar in our community." 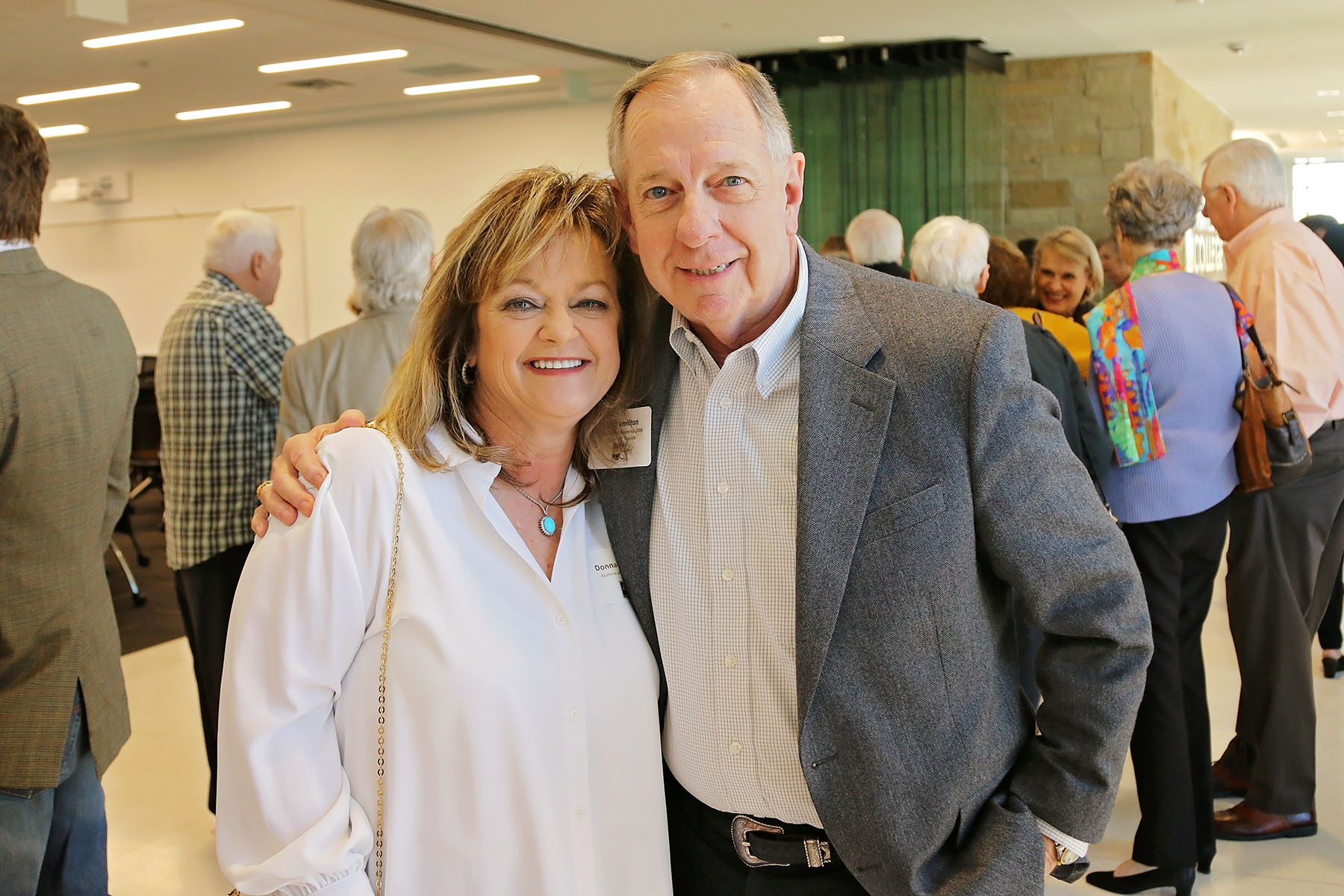 In 2018 Dickinson was presented with the Athena Award from the Weatherford Chamber and was selected as a Distinguished Alumna for Weatherford ISD in 2015.

She established a new WC Foundation scholarship fund this past fall in honor of her mother and served on the steering committee for the WC Bell Ringers' Ball in 2019.

"There is no way to measure the impact that Donna has made through the various committees and boards that she has served on," Gazzola said. "Weatherford College is a better place because of her."

Dickinson told a story about a WC dual credit student who, while giving her a manicure, excitedly told her she would be graduating high school with her associate degree and would be the first in her family to attend college.

As a member of the Project Opportunity Foundation Board that provides significant scholarships funds to many WISD first-generation graduates at WC, Dickinson said, "When you see that, and you know you can make that dream happen—you make it happen."

"To see the students in our community to have all this now that I didn't have growing up, it's wonderful," she said. "Weatherford College has something for every student. … And that's what we're all about—being a community college."

WC Dean of Health and Human Sciences Kathy Boswell introduced Atkins, who holds bachelor's and master's degrees from Tarleton State University, is a Licensed Professional Counselor Supervisor and earned a Doctoral Degree in Higher Education from Texas A&M University-Commerce in 1998.

"She has always been passionate about education," Boswell said. "Dr. Atkins has always been an excellent educator, mentor, leader, friend, counselor and role model to her students and staff." 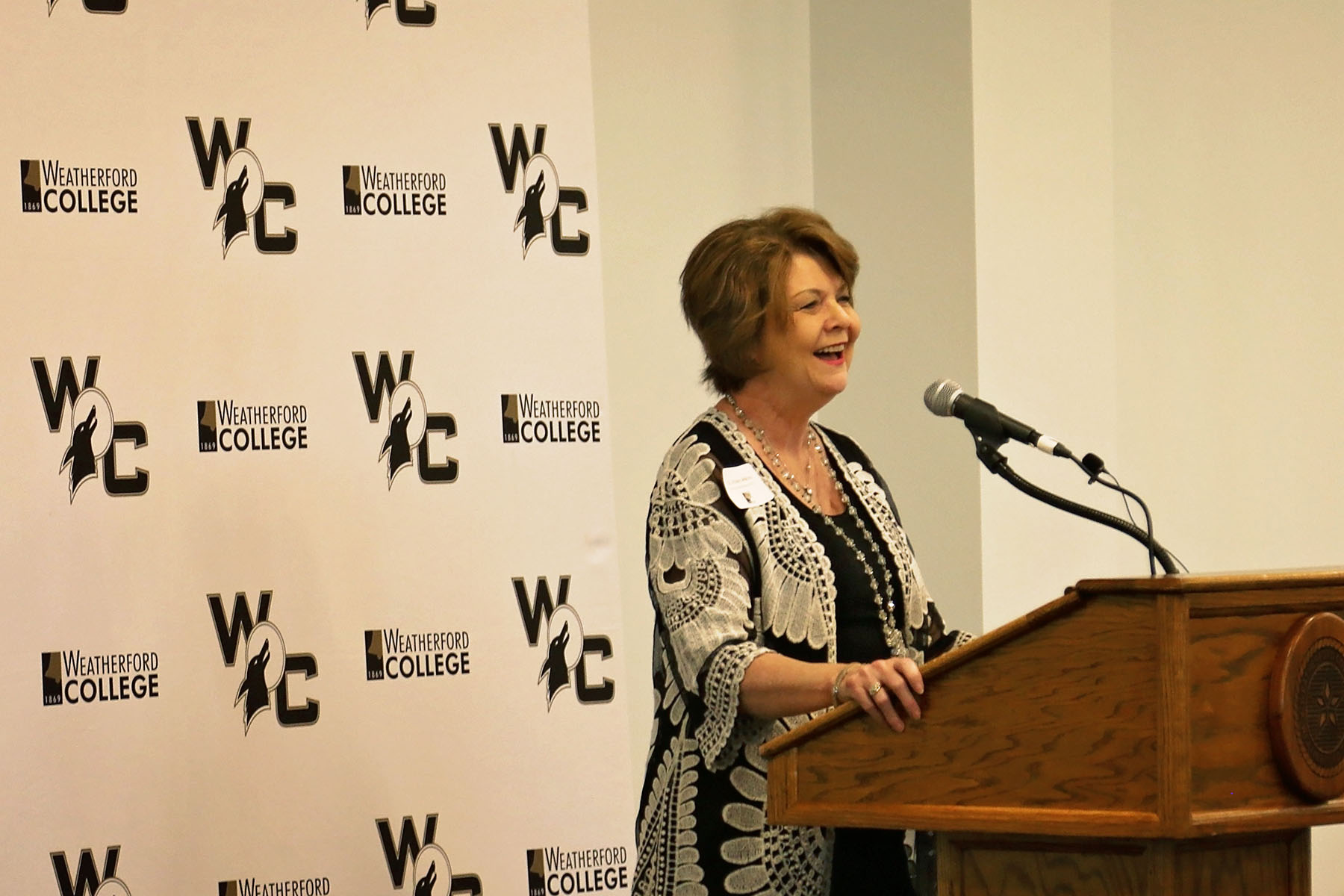 After completing a Bachelor of Science degree in economics from Tarleton, Atkins and her husband moved to Mineral Wells where she served as the county extension agent.

"It was a good career until I got married and had a baby and realized extension work hours—night meetings, weekend meetings, weeks away at 4H camp—were not compatible with raising small children," Atkins said. "That's when Weatherford College came to the rescue and met my needs."

She attended a real estate program at WC in 1980 and was soon after offered a part-time job at the college as director of the Continuing Education Department. Since her husband had recently started a new business and her family could use the income, she accepted what she thought would be a temporary position.

It became a 39-year career.

Pritchard, another champion of the opportunities provided at WC, is a graduate of Aledo High School and 1973 graduate of WC. He was hired by the Weatherford Police Department before he was old enough to buy a gun and checked parking meters until he turned 21. Following police academy training he worked patrol and then became a detective, working his way up the ranks to deputy chief.

He was introduced by Ben Whiteman, former Parker County sheriff and life-long friend.

"He was always at the police department encouraging the officers, me included, to go to Weatherford College to get an associate degree," Whiteman said. "And then he pushed us again and several of us officers were going to Tarleton to get a bachelor's degree in criminal justice." 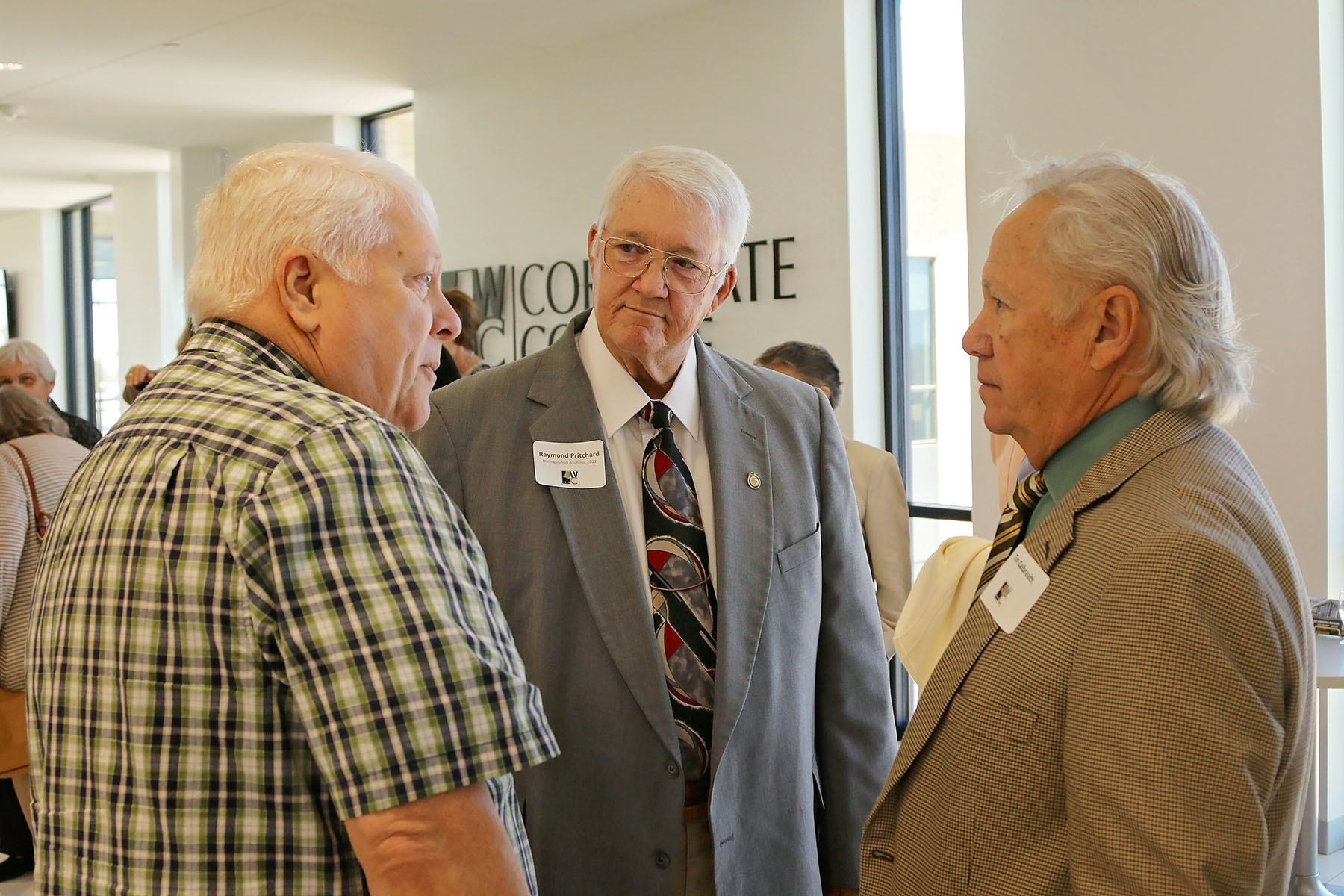 He has volunteered to speak to WC criminal justice students and regularly encourages people to start, continue or complete their education at Weatherford College. After a 30-year career, Pritchard retired but continued to work part-time for several years for Parker County and the City of Weatherford.

After receiving the call that he was selected as a Distinguished Alumnus, Pritchard said he came on campus during Spring Break to reminisce and see how the campus has changed in the 52 years since he attended.

When not in class or at work, he spent time in the student union playing spades and building lasting friendships with students from all parts of the county.

"Whatever little success I may have accomplished in my career, it is in large part due to this group of friends," Pritchard said. "When I think back to Weatherford College, it's not of the good times at sporting events and after-hours activities, but of the instructors I had and the friends I made. This group of people helped me lay a foundation that was strong enough to support me throughout my career. I was blessed to attend Weatherford College, and I'll always be thankful."