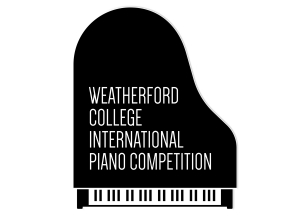 Zhao began studying piano at age 4 under the tutelage of Young Zheng. He studied in the Junior Music Program at the Hong Kong Academy for Performing Arts from 2008 to 2016 and at Northwestern University since 2016.

“It is such an honor to perform a recital at Weatherford College and share some of my favorite music with the audience,” Zhao said. “I would like to thank WC and Dr. Song very much for hosting such a wonderful competition that also provides masterclasses and recitals. I hope all of us will have a joyful night together.”

Kiseleva debuted as a soloist at age 10, performing the Mozart Concerto K246 in C Major, and went on to win a multitude of awards across Russia and perform in France, Italy, Brazil and the United States.

Blokh began playing piano at age 4 and studied at the Central Special Music School of the St. Petersburg Rimsky Korsakov Conservatory from 2001 to 2012. He earned his bachelor's degree with honors from the prestigious St. Petersburg Rimsky-Korsakov Conservatory in 2017. After graduation, Veniamin has continued his education in the United States, where he completed his master's degree.