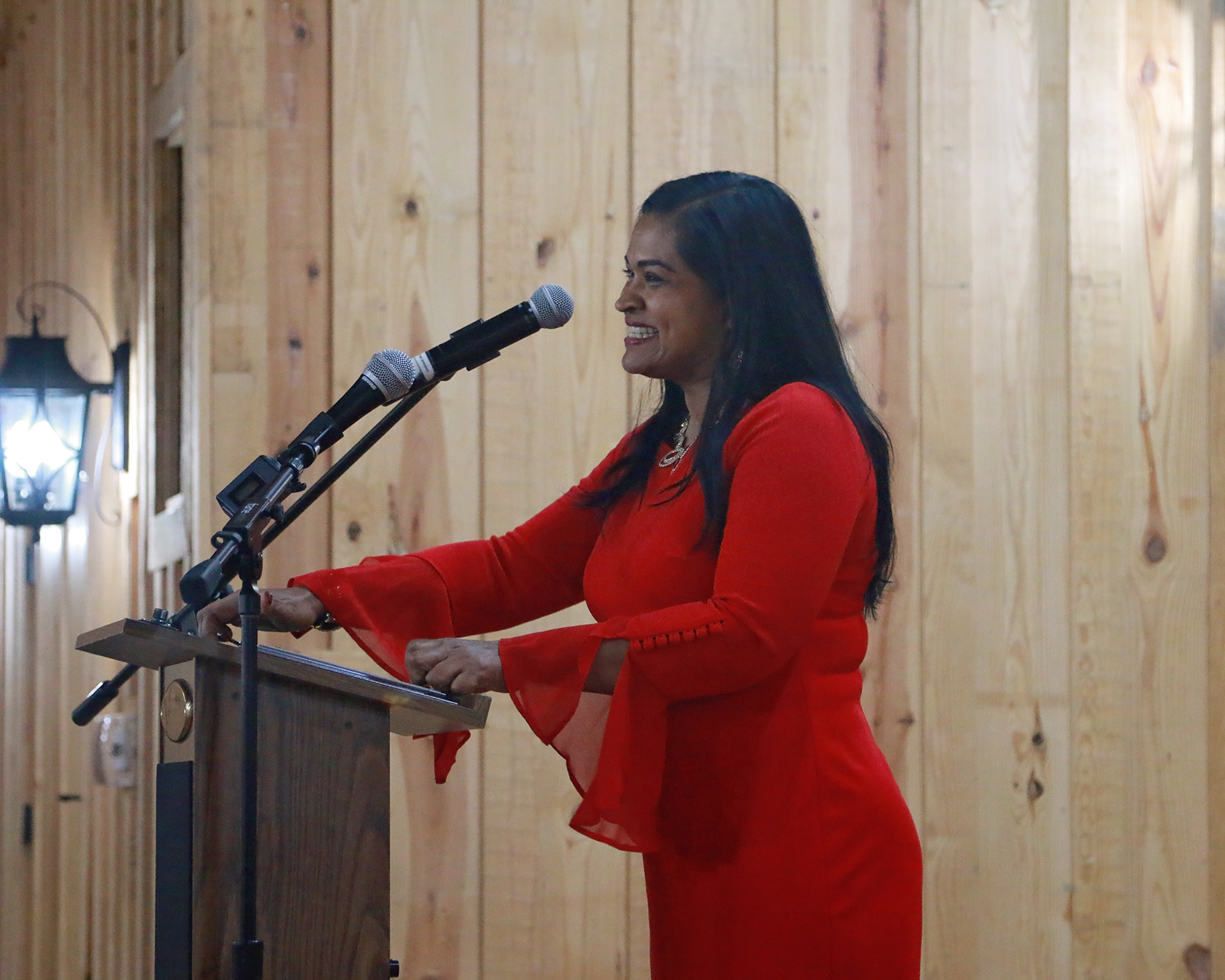 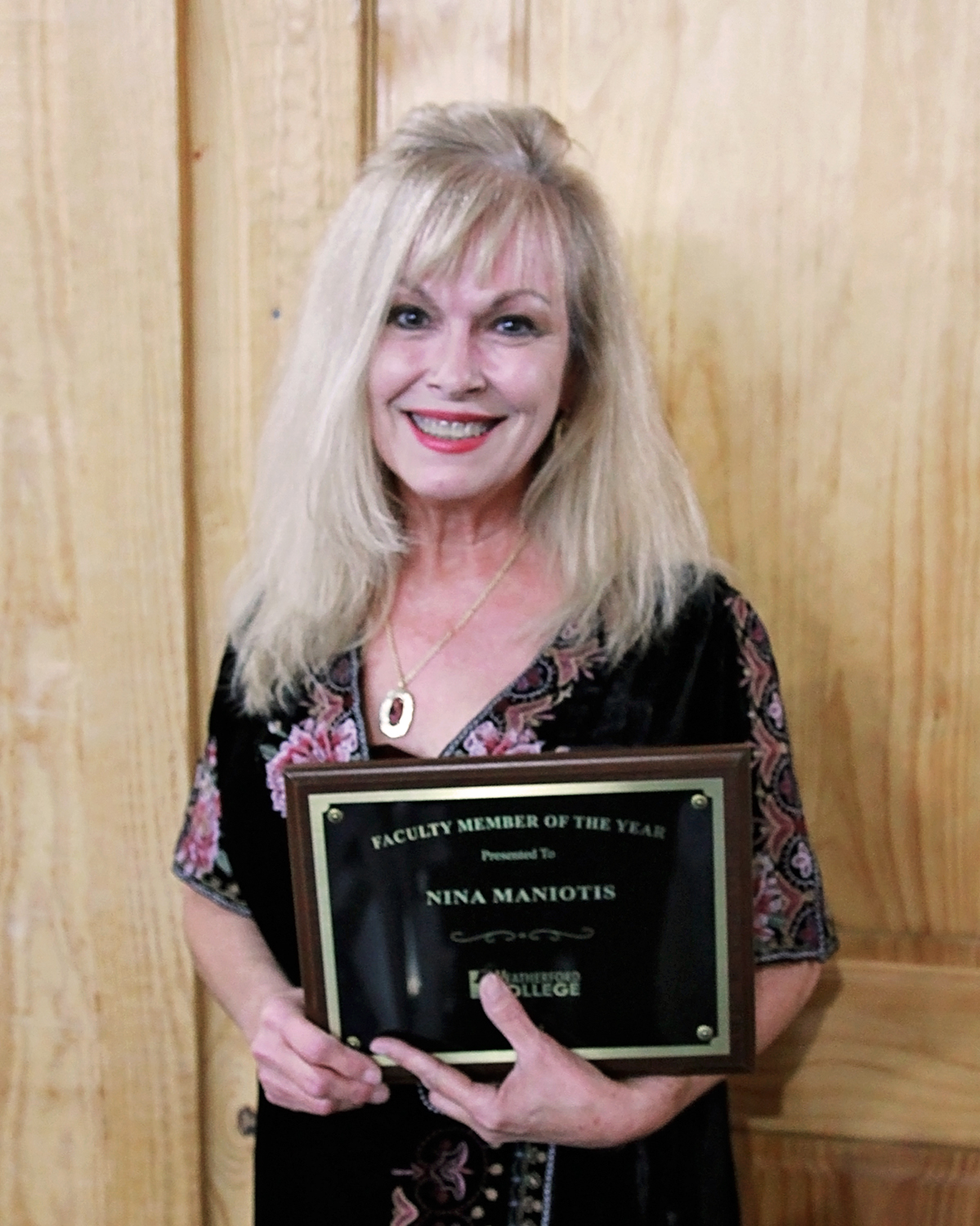 Nina Maniotis, WC’s Phlebotomy Program director, was honored as Faculty Member of the Year. She came to WC in 2009 after 13 years of experience in a hospital laboratory.

“It has been a long path to learn, not only how to be a faculty member, but to be a program director, and many of you in this room are responsible for that education,” Maniotis said. “People all over the campus help each other and support each other. None of us can stand alone. Thank you so much for this honor.”

Dr. Deborah Jogie Cregger, WC’s director of student resources, received the Staff Member of the Year award. Her nomination described her as self-directed, diligent and an excellent communicator.

“When I first started to work at Weatherford college, it was one of the happiest times of my life because education always meant a whole lot to me,” she said. “My parents did not complete middle school. And it was people, so many, many people, who helped me along the way to be where I am today. And coming from where I come from a third world country, a village with no paved roads and no indoor plumbing. My situation changed because of education. Weatherford College is about education, and it changes lives. Together we are making this happen.”

Maniotis and Cregger each won $2,000 from the Weatherford College Foundation. The staff award was funded through a gift from Texas Health Resources in Willow Park and the faculty award through the Gayle and Wanda Grant endowment. 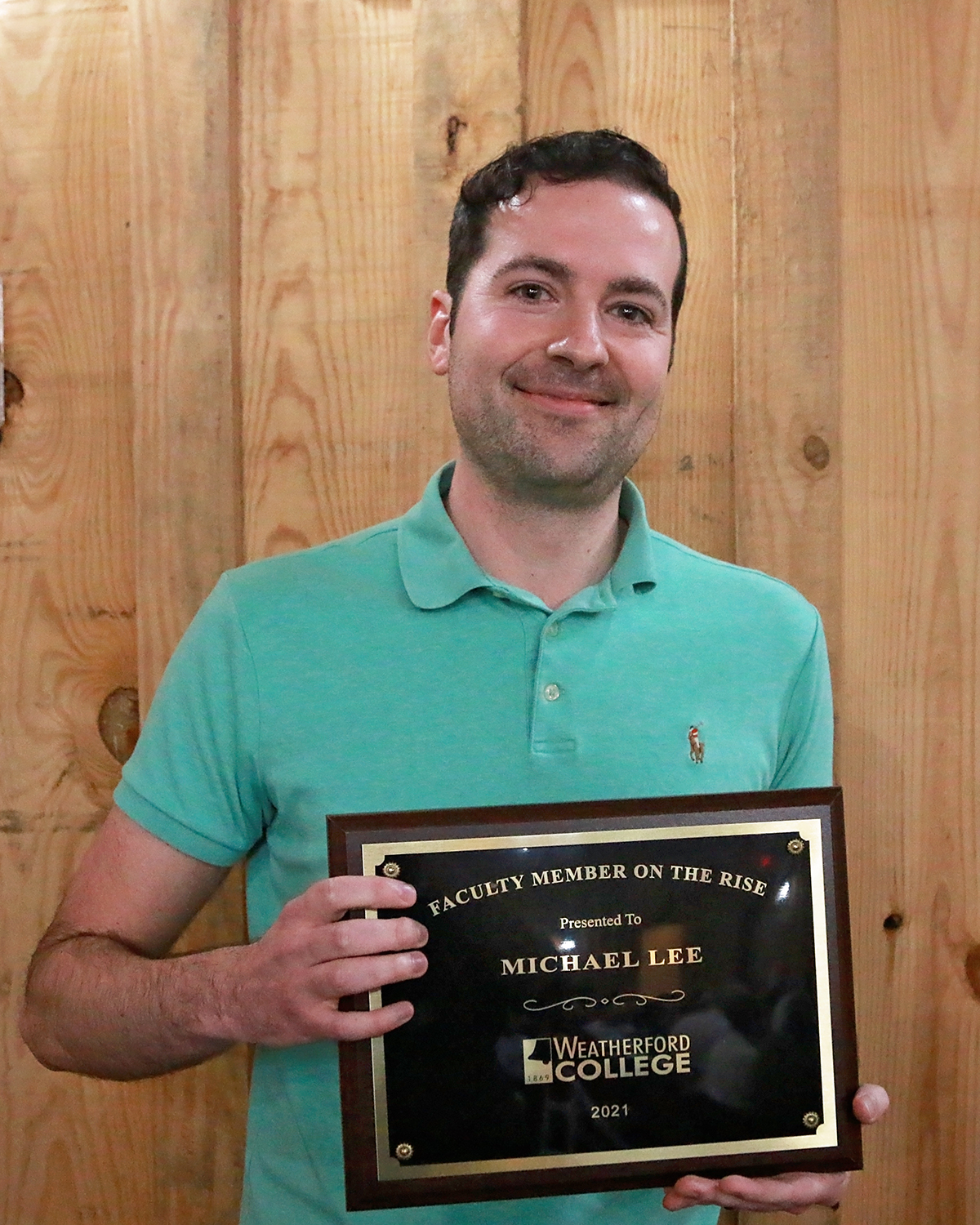 “On the Rise” awards were given to individuals who have been employed at WC for fewer than five years and have shownexceptional service. Michael Lee, a mathematics instructor, earned Faculty Member on the Rise, and Bailey Brock, a financial aid advisor, was named Staff Member on the Rise. Each received a $1,000 prize.

Continuing the tradition of giving, employees donated items to fill the pantry of the Coyote Closet to help students in need.

Employees who reached a five-year increment milestone at WC in 2021 were also recognized with gifts from the WC Foundation. They are: 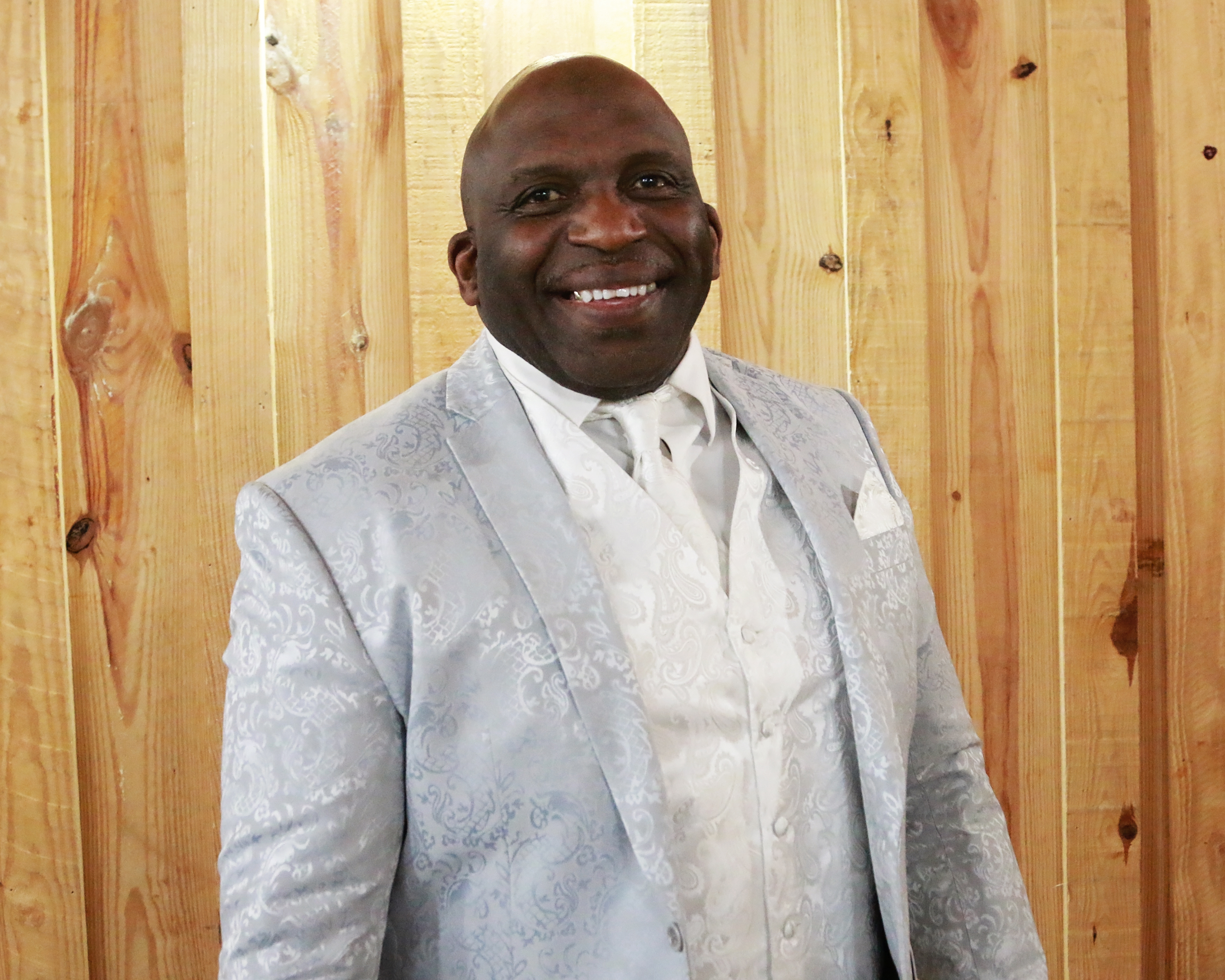 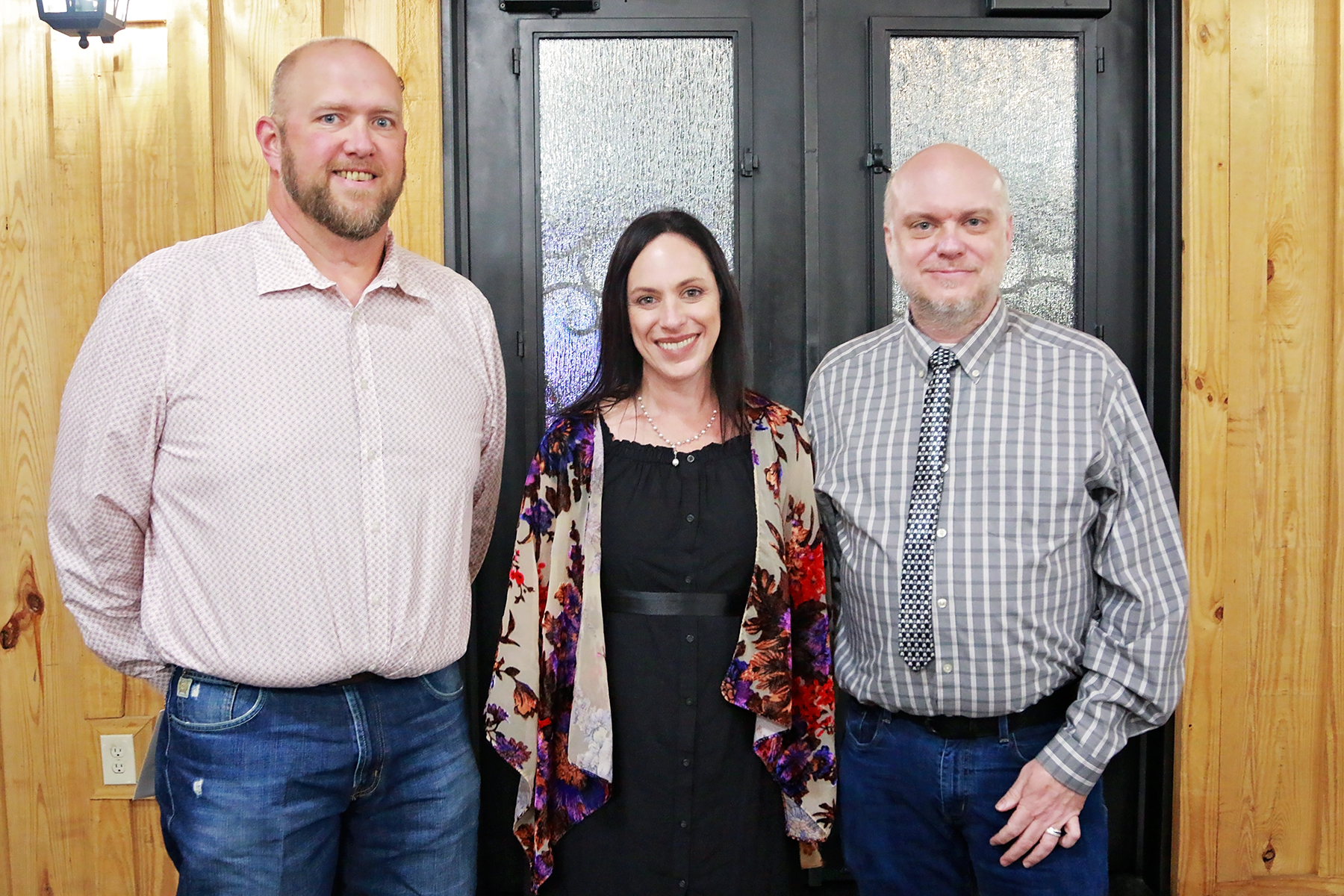 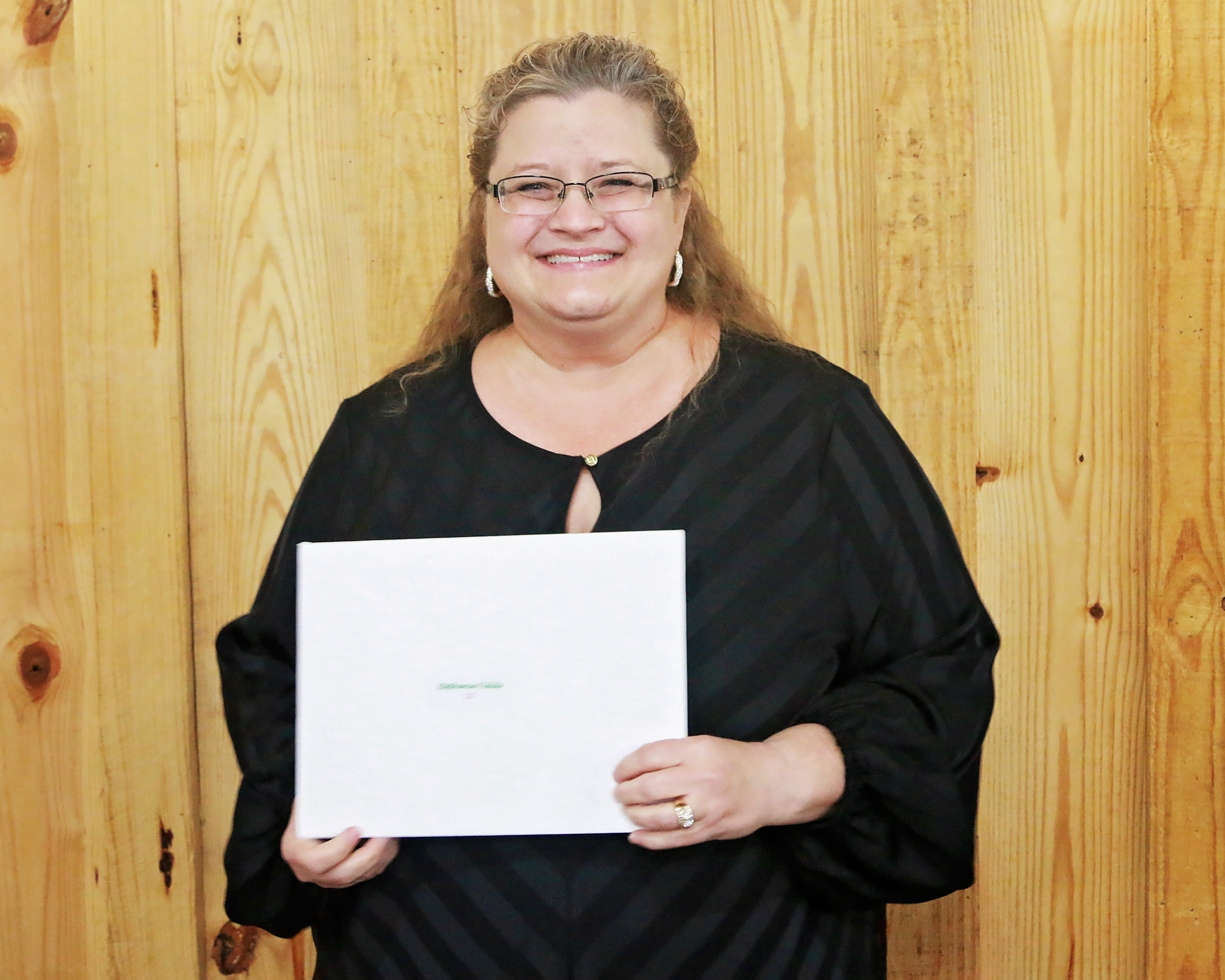 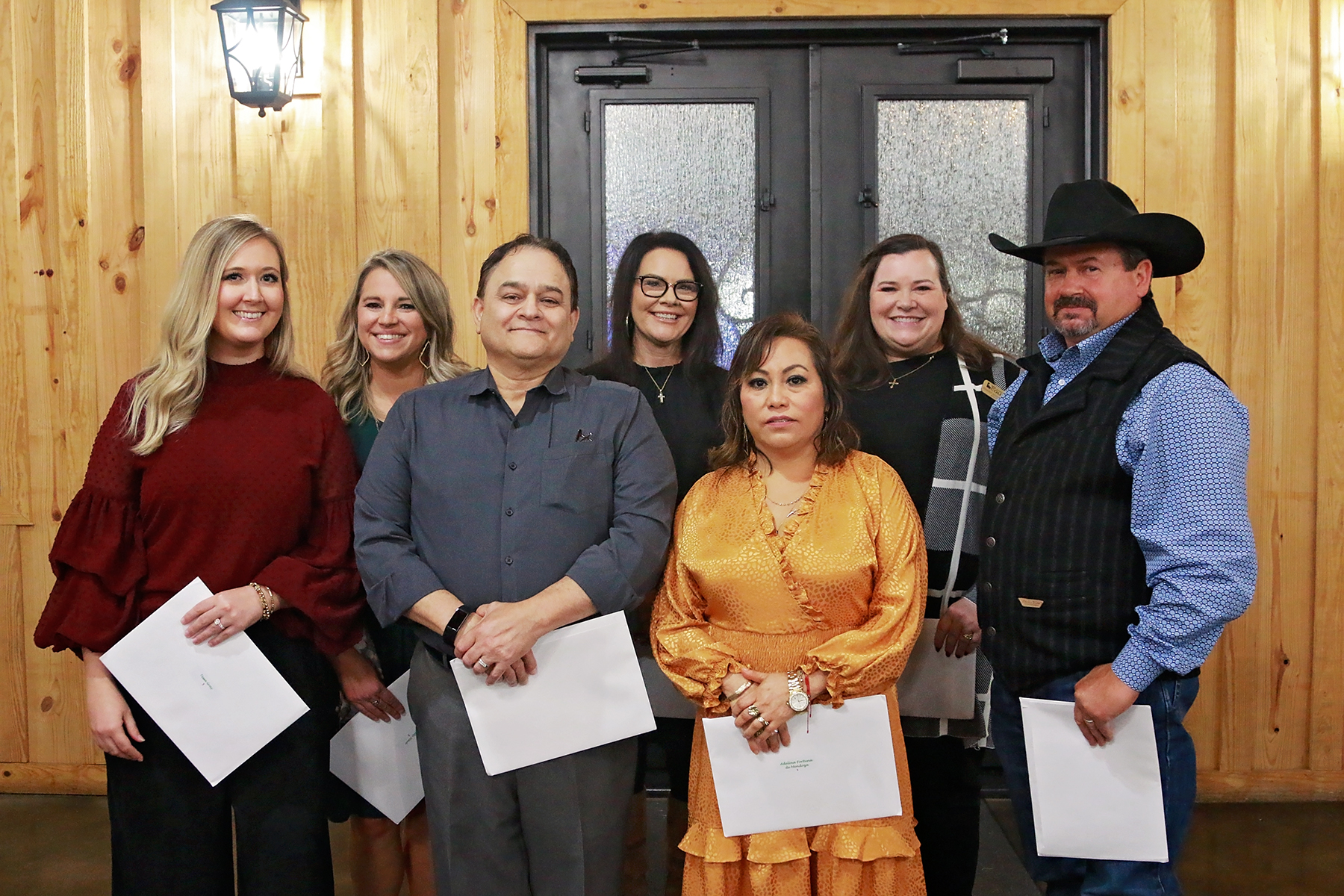