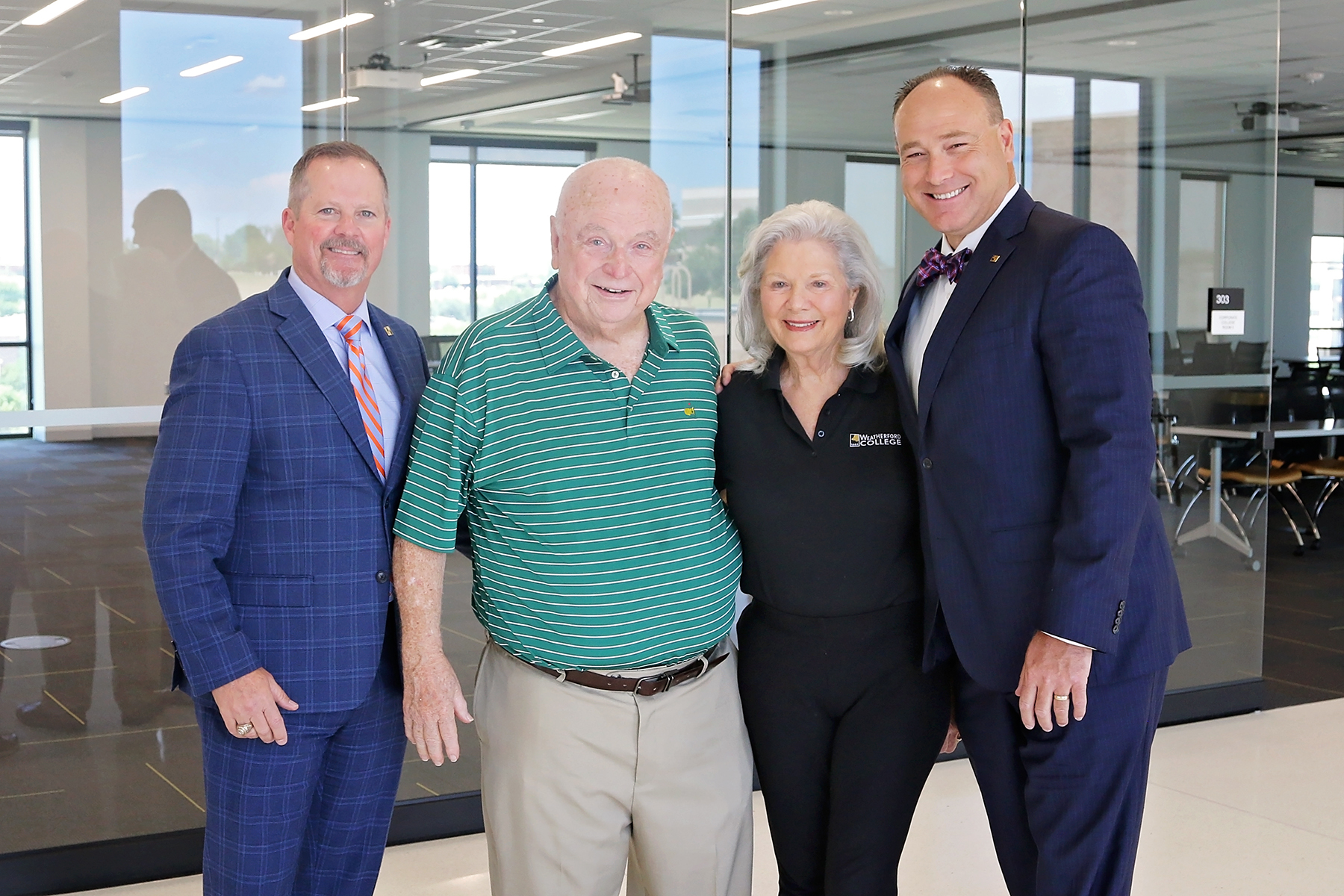 The Weatherford College Foundation has recognized Bruce and Laura Wiggs for decades of advocacy and support with the 2022 Carlos Hartnett Award.

Named after the college’s first development officer, the award recognizes those who “encourage others, by word and by example, to give from their abundance for the benefit of Weatherford College.”

Bruce Wiggs is a 1955 graduate of WC. Laura retired as a WC instructor and spent 16 years on the WC Foundation Board, taking an active role in raising funds for scholarships and other student support.

In addition to establishing the Richard “Mac” Wiggs Scholarship Endowment years ago, the couple was instrumental in a $1 million gift from the Wiggs Family Foundation to support the newly-named Alesia Armstrong Wiggs School of Nursing.

“Bruce and Laura Wiggs are pillars of the Weatherford College community,” said WC President Tod Allen Farmer.  “Their decades long commitment to our noble institution has changed countless lives.  This award is an appropriate recognition of the lifelong positive impact they have made on Weatherford College.”