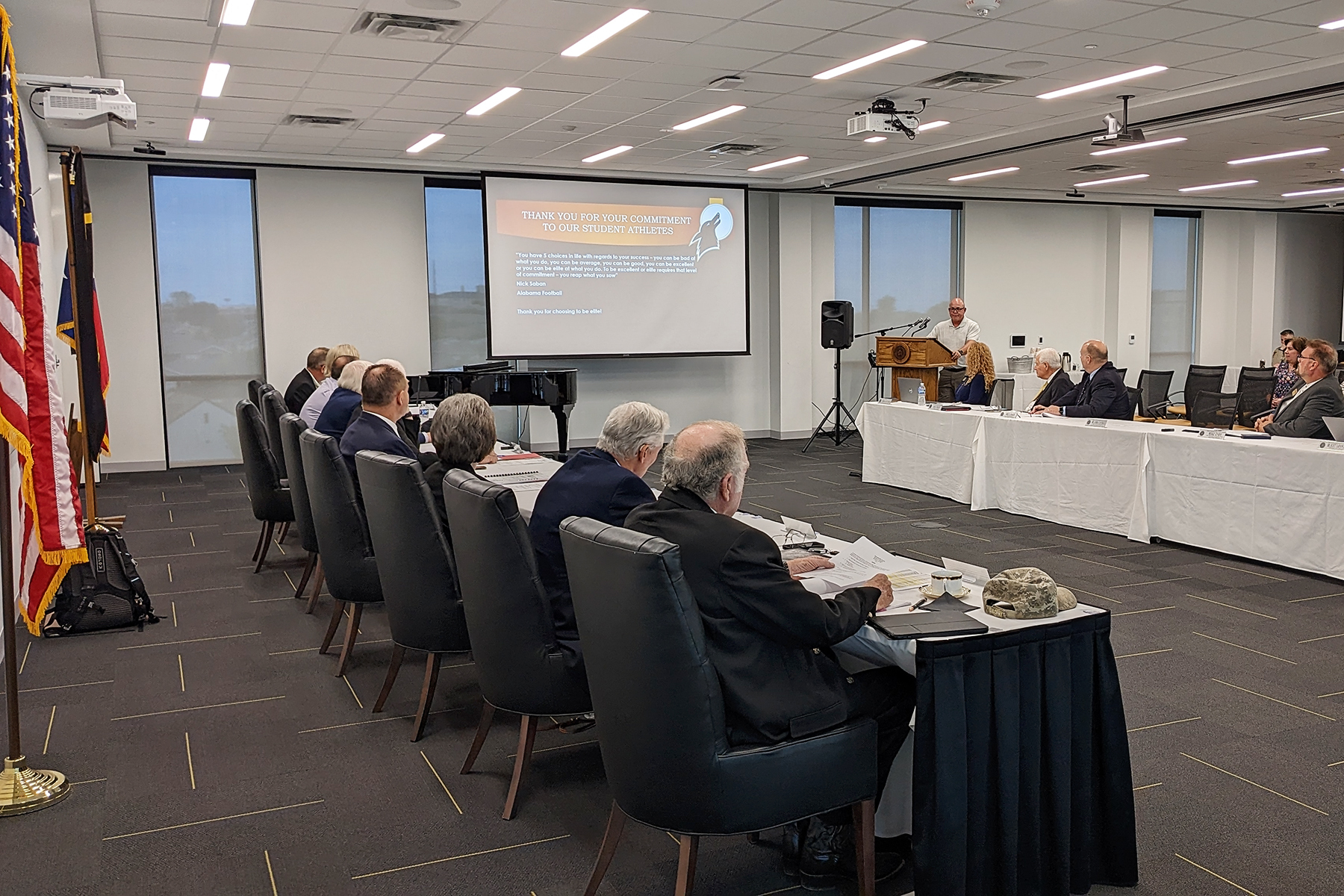 Jeff Lightfoot, assistant athletic director, provided the Weatherford College Board of Trustees with an athletics update during their meeting Thursday afternoon.

For the 2021-22 academic year, there were 200 student-athletes at WC enrolled in more than 5,800 course hours. Each team boasted several scholarships, and 145 athletes lived in Coyote Village.

The students regularly volunteer in the community, including Habitat for Humanity builds and assisting with kids' camps, the Challenger League and Miracle League.

All NJCAA sports – men and women’s basketball, baseball, softball, golf and tennis – received Academic Team of the Year rankings based on a team-wide GPA of 3.0 or better. The golf team finished with the fourth highest team GPA in the nation.

Lightfoot highlighted the outstanding accomplishments of the teams’ last year including the national titles won by the rodeo team, and national rankings and post season games many of the teams enjoyed.

“I’m proud of these academic accomplishments as well as the athletic accomplishments,” said WC President Tod Allen Farmer. “That discipline that leads to success on the competition surfaces leads to success in the classroom. Most of all, I’m just proud of the human beings that are being produced. They are well-rounded individuals who are doing great things for society.”

Lightfoot also highlighted the recent success of the volleyball team winning the conference championship in its first season, their second-place finish in the regional tournament and coach Kailee May’s award as Coach of the Year by the conference.

Lightfoot wrapped up his report highlighting the success of a few WC alumni including Bobby Garner, a member of the baseball team in 2012-13 who is now an orthopedic surgery resident and Dovile Strimaityte, basketball 2017-18, who works in biomedical engineering.