WC board moves forward with financing plan for new building 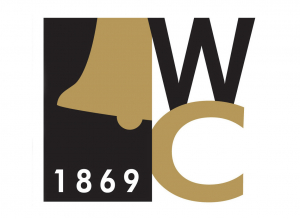 The Weatherford College Board of Trustees approved moving forward with the issuance of revenue bonds in the amount of $29.5 million to fund the construction of the Workforce and Emerging Technologies Building during their Thursday meeting.

Standard and Poor’s recently awarded WC an A+ rating and the college anticipates locking in a 2.893 percent interest rate on the 30-year bond.

Administrators expect to complete the bond purchase next week and have funds in hand March 11. The first debt payment will occur in August. The bond will be paid back using revenue generated from tuition and fees.

Bond funds will also go toward the college reserves to pay back what WC has spent on construction of the building so far as approved by the board in May 2020.

The three-story, 70,000-square-foot building will allow WC workforce programs to move into the next era of job training with ample room for the college’s new robotics program and future projects such as cybersecurity, automation and simulation.

The facility will also house long-time programs including machining, industrial maintenance, cosmetology and workforce health professions programs. Workforce Solutions will be a tenant in the facility, the first such arrangement of its kind in the state.