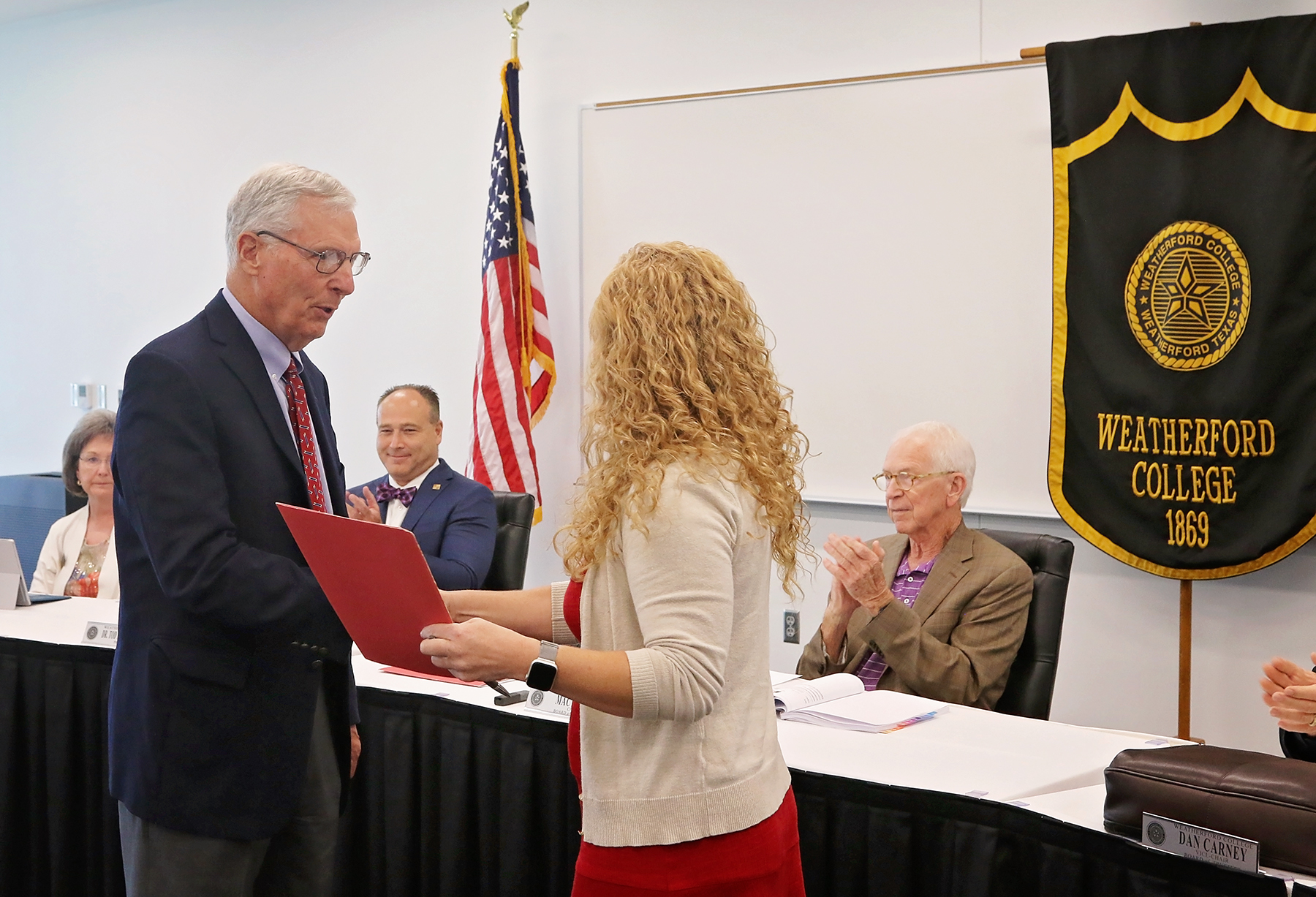 Following an executive session, the Weatherford College Board of Trustees appointed George “G.B.” Bailey as the newest board member, filling the spot left vacant by Sue Coody when she resigned in April.

The board interviewed two candidates during closed session selected from those who applied to fill the open seat.

Bailey, a Parker County resident of 37 years, served on the Weatherford ISD Board of Trustees for six years in the 1990s and has been a member of the Texas Education Service Center Region 11 board for the past 26 years representing Parker and Palo Pinto counties. He will now resign from that position as he joins the WC board.

“I look forward to being part of this board,” he said.

In other business, the board: