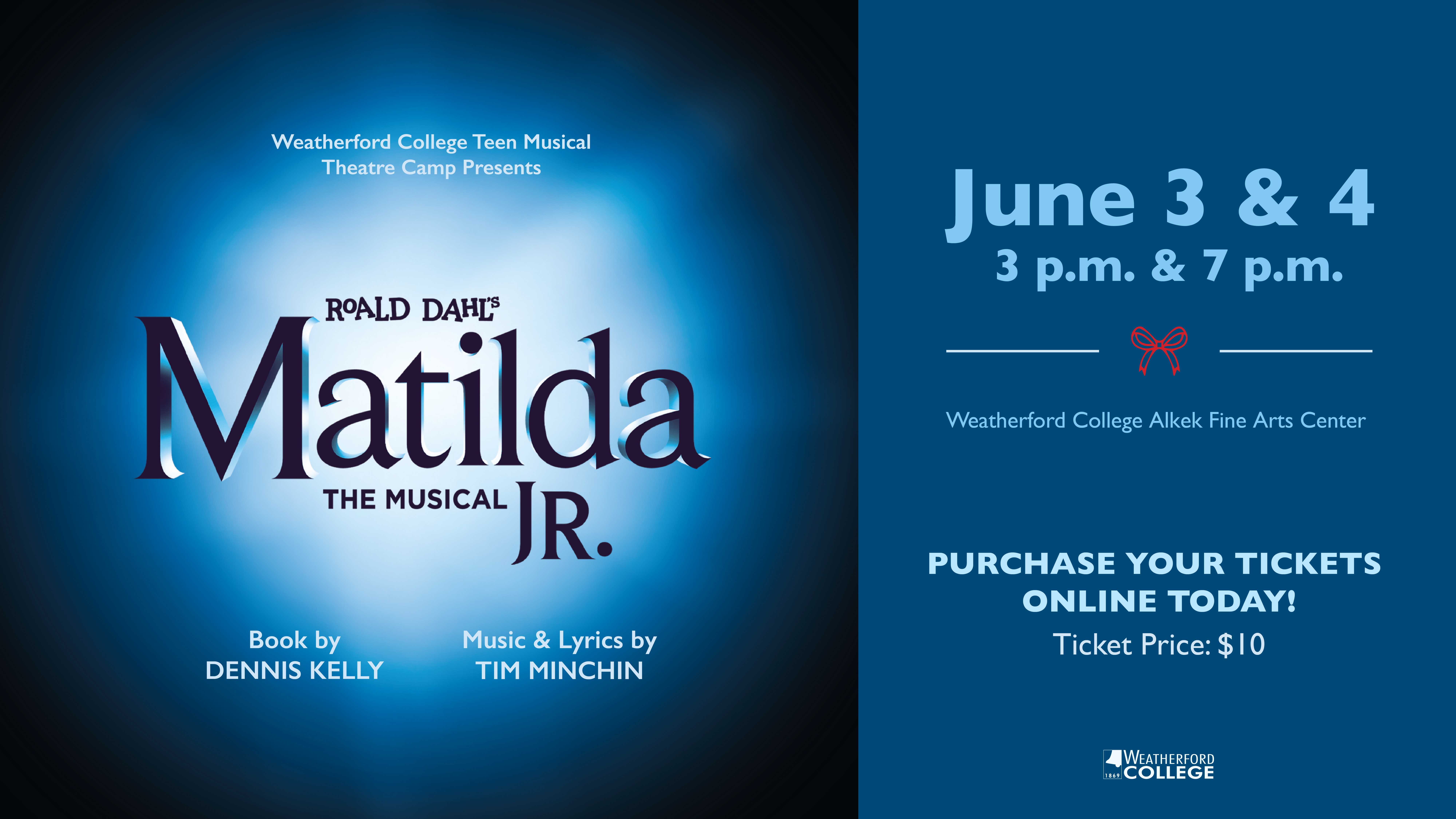 “Matilda Jr.” is the story of an extraordinary little girl with extraordinary powers. The daughter of abusive parents, Matilda finds refuge in library books, which she reads quickly and in creating her own stories.

“The junior version is the same story audiences are familiar with,” said director Elizabeth Baker. “There are just a few songs and scenes cut in order to keep the length of the show at about an hour.”

Teens in the show prepared the production after only three Saturdays of rehearsal plus the one-week camp leading up to opening night. Many of the cast members from last summer asked Baker to select “Matilda Jr.” as this year’s production.

“Most of the teens in the cast will be experienced and accustomed to little rehearsal time to get a show prepared,” Baker said about executing the quick turnaround. “Choreography videos were posted ahead of time for the cast to prepare and they were responsible for learning their music and lines outside of camp. So, once camp started it was just a matter of putting things together with a cohesive vision and adding all the tech. I have full confidence in these actors to put together an amazing show.”

Tickets are $10 and can be purchased at https://www.simpletix.com/e/matlida-jr-tickets-102295