Kelly Staub, Weatherford College’s diagnostic medical sonography program director, presented a glowing report of her program to the WC Board of Trustees during their meeting Thursday.

The program was ranked No. 1 in Texas in 2021 due to their students’ high exam pass rate and job placement.

“When people think about sonography they think about happy moments when a sonographer is scanning an expecting mother and telling them if they’re having a boy or a girl,” Staub said. “But we do so much more than that. We get to experience those happy moments, but we are also responsible for watching that baby grow throughout the pregnancy and making sure there’s nothing that needs to be addressed immediately after the baby is born.”

Each of the five semesters of the 22-month program includes lecture, lab and clinical work. And students can take their registry exams 60 days prior to graduation so they can immediately begin work.

Staub said the program is highly competitive, receiving around 70 applications each year and only admitting 20 into the program.

While the national average pass rate on the three registry exams ranges from 61 to 73 percent, WC maintains a nearly perfect 100 percent passing rate. Coupled with a 99 percent job placement rate over the past five years, potential students from across the country and beyond are applying to the program.

She moved to Canada for a year to learn English and was then accepted into WC’s program. She was the first in her class to pass all three registries and is now working at a large hospital in Fort Worth.

“You don’t get to be ranked number one in the great state of Texas by accident,” said President Tod Allen Farmer. “These team members have worked exceptionally hard and wrapped our students in a culture of caring to ensure that they’re successful.” 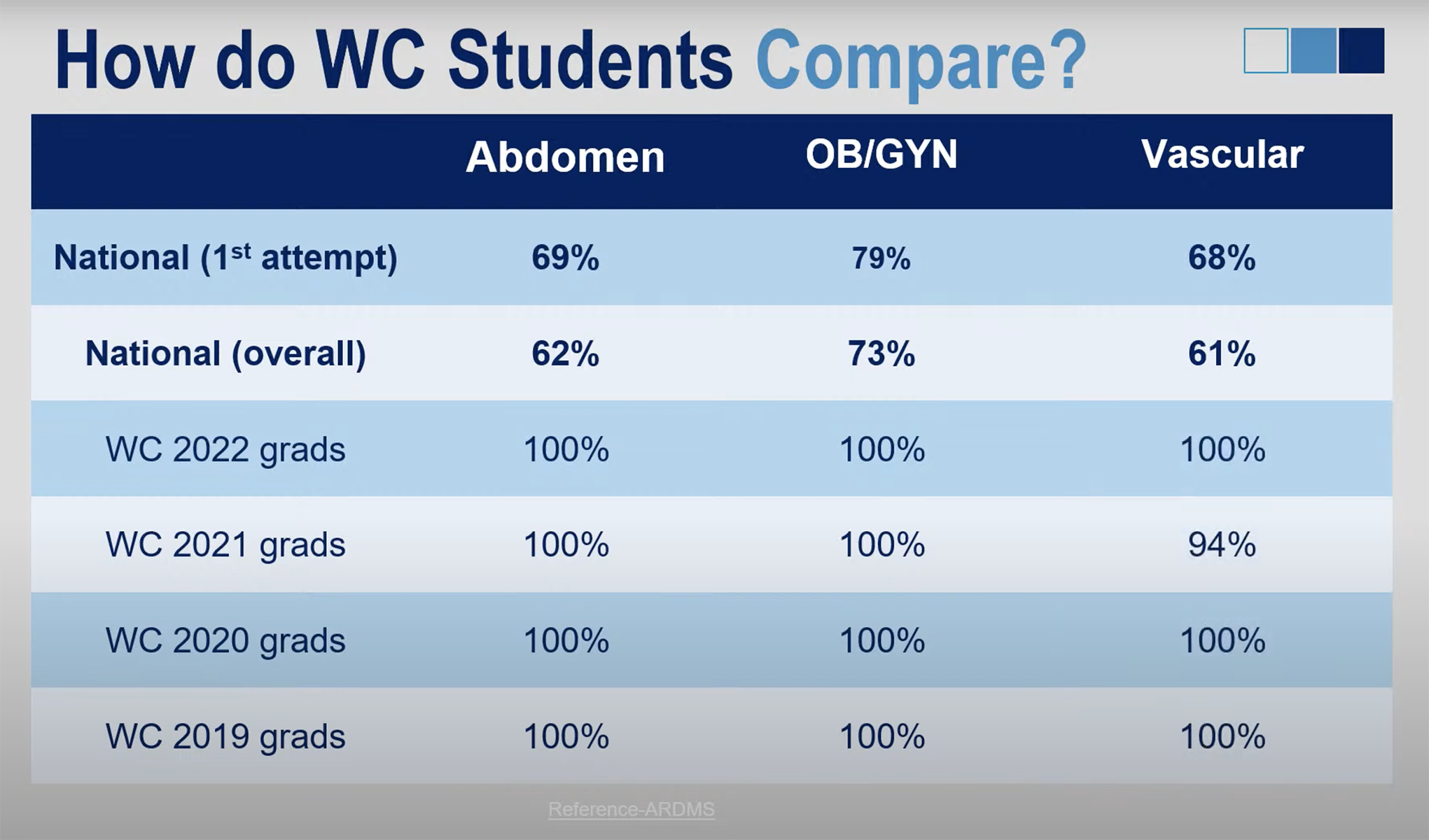 In his president’s report, Farmer: