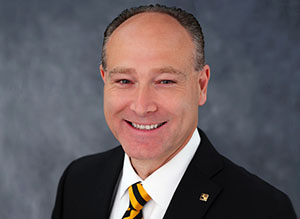 The European Renaissance was a time period generally considered to have occurred between the 14th century and the 17th century.  It was a time of rediscovery of much that had been lost during the Middle Ages following the fall of Rome in 476 A.D.  The Middle Ages were plagued with warfare, disease, famine, and general ignorance.  Little emphasis was placed on learning during the Middle Ages, most families were simply existing in survival mode.   As a result, much of the art, literature, mathematics, construction techniques, and general culture was lost to the masses.  The philosophies of the Greeks and Romans were lost to all but a few.

This long period of intellectual decline and stagnation began to reverse in the 14th century in Florence, Italy.  The wealthy Medici family and other leading families began to support the arts.  Suddenly there was an explosion of artists and intellectuals that flocked to Florence.  Soon other Italian city-states followed the lead of Florence.  Advances in international finance and trade fueled the Renaissance.  The invention of the Gutenberg printing press in 1450 by a German in exile in France allowed for rapid communication and an exchange of knowledge among the literate elite throughout Europe.  When Constantinople fell in 1453, many eastern scholars fled to Italy.  They brought their books, knowledge of Greek scholarship, and appreciation for reason with them.  Soon the Renaissance spread from Italy to France, and then throughout Europe.  Ancient texts from the Greeks and Romans were printed and widely distributed.  Knowledge of all types was widely shared, and a new appetite for culture was broadly fostered.

The Renaissance produced influential artists and thinkers like Michelangelo, Copernicus, Leonardo da Vinci, Raphael, Galileo, Donatello, Machiavelli, Shakespeare, and many others.  Collectively, these great minds provoked thought and ultimately reshaped the world.  They fundamentally expanded the worldview of both the elite and the general population.  The return to intellectualism led to advances in science, architecture, trade, and economic development.  Discoveries were made in a wide range of disciplines.  It was a historic period that altered societies across Europe for the better.

As we collectively emerge from the pandemic and the institutional challenges of the past two decades, Weatherford College is primed for a micro-Renaissance of sorts that will benefit our entire service area.  We are revitalizing our arts, academic, and athletic programs.  We are now an All-Steinway Institution and have grown our jazz band into a newly formed jazz orchestra.  We have expanded our academic programs to include bachelor’s degrees in nursing and organizational leadership, and are in the planning stages of a bachelor’s degree in technology.  A veterinary technician program has been added, and our robotics program is being expanded.  Future programs in cybersecurity and artificial intelligence are in the planning stages.  We are also expanding our athletic programs.  Tennis and golf are returning to Weatherford College this year, and volleyball will be added for the first time next year.  Students from across the United States and from 29 foreign countries have chosen our college as their destination college.  Our recent successes have changed the way that we are perceived by others, and more importantly, the way that we perceive ourselves.

WC has continued to provide our area businesses with highly qualified employees.  New businesses continue to move in, existing businesses continue to prosper, and expansive construction remains ongoing even in the midst of a global pandemic.  Just as the Renaissance improved life across Europe, the micro-Renaissance emerging at Weatherford College and throughout our service area is making our home an even greater place to work and raise a family.  The secret is out about the great things that are happening at our college and in our communities.  The emerging micro-Renaissance promises the delivery of an even more favorable shared future.